News agencies are mainly focused on their clients: the newsrooms. However, including them in a list of news media in Spain is important because, in some cases, their content is available for the public. But as I said, their work consists of checking and producing information that will be distributed among the different digital newspapers, radio stations, TV stations, etc.

News agencies receive loads of information in the form of press releases, pictures, and others. However, most of them have a reporter network: some of them only throughout Spain and others internationally, although there are also local or regional agencies. They are definitely the first option for someone that wants to deliver some information to the media.

EFE is, along with Europa Press, the most important news agency in Spain. Founded a long time ago, in 1939, produces information in an array of formats -text, video, audio, digital…-. The information EFE distributes is highly valued and seen as credible by journalists.

As I was saying, Europa Press is one of the two more relevant news agencies and news media in Spain. In this case, it was created in 1953, although it didn’t become an agency until 1966. As well as EFE, Europa Press has regional newsrooms in almost every autonomous community.

Colpisa is also a very important news agency because it provides content to Vocento newspapers. It also distributes content to other media. This allows regional newspapers to be better products, since besides local information they also have national and international news.

Servimedia is the third news agency in terms of importance, although it specializes in social information –equality, impairment, seniors…-. In fact, it’s part of Ilunion -ONCE, a blind people association-.

Although based in the UK, Reuters also has a newsroom in Spain. Reuters actually produces financial information and reports, but as a news agency it covers other topics about sports and current affairs too.

There are other news agencies that only operate in regions and provinces. If you have information of regional interest, contacting them is particularly important -sometimes even more important than the big ones-.

There’s always this discussion about the print press being dead or not. However, reading an old-fashioned newspaper while having breakfast in a café can be very enjoyable too. What’s clear is that basically every news media in Spain has a digital version. This, of course, applies to newspapers too.

We can find publications of every kind and ideology. This article only lists the most relevant general websites, but there are so many of them specializing in Sports, Economy and other topics.

It’s the free printed newspaper that won its particular competition with other cost-free publications. It’s one of those papers that where delivered for free at the subway stairs before the coronavirus crisis. Its digital version is widely known too.

ABC was founded in 1903 and, throughout its wide trajectory, has become the main conservative newspaper.

El Confidencial was one of the first digital journals in Spain. It was founded in 2001 and, at its beginnings, was focused on finance and business information but, years later, became famous for its exclusives. It has a peculiar style based on sources that are close to the news protagonist. It started off in a semi-detached house.

The digital diary founded by Pedro J. Ramírez and his daughter in 2014 is named after the Blanco White publication in London in the 1900s for, according to J. Ramírez, «defend the freedom in Spain». It’s an economically liberal diary that started off with a crowdfunding campaign and, sometimes, y has good exclusives too.

Digital diary that, since 2016, covers politics and economy, although it also has other sections. It was founded by Casimiro García-Abadillo y Victoria Prego.

Born in 1989, El Mundo is, along with El País and La Vanguardia, one of the most important newspapers in Spain. The diary has a centre-right wing editorial approach and delivers multiple articles in several sections. It also has regional versions in some provinces. Its name used to be El Mundo del siglo XXI.

El País is arguably the most important newspaper and news media in Spain. Created in 1976, it played an important role during the last years of La Transición Española, were it earned substantial historic importance. Its editorial guidelines are centre-left wing, but it left the centre to compete with other less neutral digital diaries.

El Periódico started being a pro-Catalanist diary in 1978 but has evolved to a progressist and a constitutionalist approach. It delivers national information and has other regional versions in provinces that it shares content with.

Founded in 2012, eldiario.es is a digital diary with a clearly left-wing editorial. It got popular especially over the few years after the 2011 demonstrations and was one of the first to have paid content in Spain.

Created in 2013, infoLibre was also one of the first to produce premium content only for subscribers. It has a progressist editorial policy.

The conservative La Razón appeared in 1998. Its frontpages became very popular because of them being startling and controversial. Along with ABC, La Razón is read by conservative voters in Spain.

La Vanguardia is over 100 years old, founded in 1881. Historically it had a liberal editorial with some left-wing ideas and its international chronicles became immensely popular for a very long time. It’s definitely one of the most important newspapers in Spain.

Libertad Digital was created in 2000 with liberal and right-wing ideas. Its contents are mainly political but has sections of every kind. esRadio belongs to Libertad Digital too.

OKDiario is one of the most controversial digital newspapers in Spain. It was created in 2015 and, since then, has kept an editorial that constantly attacks left-wing ideas which has caused numerous criticisms. The diary refers to itself as liberal and defends the union of Spanish regions.

Público appeared in 2007 and, although at first had a print version, it soon became only digital. It’s one of the main news media in Spain for progressist readers and several of its staff quitted to open other digital news sites.

Voz Pópuli is a digital news website specializing in economy, business and politics. It was created in 2013 and its editorial goes between conservative and economically liberal.

Although nowadays there are loads of channels available for us, the radio is still one of the most important news media in Spain. The main national stations have a very clear editorial, both right and left-wing. Morning shows do interviews and cover current affairs that make them the most listened to programs and in several cases they beat TV in audience.

Cadena SER is the most important radio station in Spain, both due to its audience numbers and its content quality. Its editorial is progressist and sometimes has been criticized for defending too much left-wing parties, although interviews are usually tough.

Born in 2013, Capital Radio offers a series of programs about business and economy.

COPE is the second most popular radio station. At the beginning it broadcasted religious celebrations, but along the years it became a general conservative station. Funnily enough, Grupo COPE also managed other modern music stations like Rock FM and MegaStar FM.

esRadio belongs to Libertad Digital and, for years, was seen as a controversial station due to Federico Jiménez Losantos’ morning show. Its conservative programs first aired in 2009.

Radio Intereconomía started broadcasting in 1994 with a series of business shows. It has been harshly criticized for being intransigent with the left-wing ideology.

Onda Cero was founded in 1990 as a radio that encouraged diversity of views. It’s one of the most important news media in Spain and the average citizen can’t frame it to a specific ideology. Some analists say it’s center-right.

Radio Nacional de España is the Spanish public radio station, created in 1937 in the days of the Spanish Guerra Civil. There are several stations airing under RNE and each of them has a different array of programs. Since it has so many channels, the diversity of shows is generous, although they don’t have much audience.

All Cadena SER, COPE, Onda Cero and RNE have stations all over Spain providing listeners with local information. Many autonomous communities -regions- have their own public radio stations too, controlled by their respective regional governments.

The Spanish free TV market has a lot of channels to choose from, many more than the ones appearing on this list. Moreover, changes in the sector are constant and, for this reason, this article only includes the most important news media in Spain.

The DTT allowed viewers to access over 25 channels for free, something unbelievable for those countries used to watching cable TV.

The first Spanish public TV channel appeared in 1956 and has been renamed several times along the years. Its international pieces are especially good, but national information is under political control. There are many other channels under RTVE, the body La 1 belongs to, with content for children or sports shows.

La 2 is also an RTVE public channel that gives out documentaries, cultural content and news shows with a different angle. It’s a station with very little audience though.

Antena 3 was the first private national TV station in Spain. It started broadcasting in 1990 and since then has aired several successful series and shows. It’s without of a doubt one of the most important channels in the country and it also owns other channels with different programs.

Cuatro first aired in 2005 with a fresh schedule towards young people. It’s one of the most important private TV channels in Spain, but hardly ever stands out when it comes to number of viewers.

Telecinco is a private channel that first broadcasted in 1990. It’s one of the channels with the highest audience, although its constant support of junk TV and gossip shows has brought them big amounts of criticism. Some people refer to Telecinco as ‘Telecircus’.

laSexta is a popular private TV channel that covers political and current affairs with a very clear left-wing editorial. In fact, its benevolence with left-wing parties has gathered for itself a good number of critics, although its shows always try to put forward all kinds of views. It also has good comedy shows.

TRECE is a private TV station that broadcasts the Catholic Church teachings, but it also has news shows and classic movies in schedule. It has a conservative editorial.

As well as with the radio stations, basically all territories have local or regional TV stations. Besides, RTVE has newsrooms in basically the whole country and produces regional news shows. 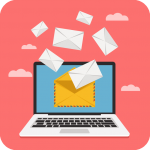 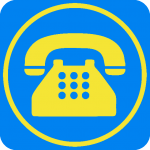